Election Day can bring a wide variety of emotions ranging from worry to anger to fear to apathy, especially when you need to wait for election results!

The United States of America is arguably the greatest nation in the history of the world. It is not perfect by any stretch, but it provides freedoms and has achieved temporal good unlike any other. We can actually cast our vote to make our voice heard and to contribute to the electing of our political leaders. Then we wait for the results. As you wait for the votes to be counted, how do you feel and what are you thinking about?

One important doctrinal point to remember while waiting for election results is this: by His providence God places political rulers in power. God does the electing. It is quite possible that through the votes of the citizens of the United States of America God will sovereignly elect a president that you don’t want. Irritability and resenting God’s sovereign choice may be a temptation. But knowing that God elects presidents and senators and representatives can help you trust the Lord more fully and find greater thankfulness and contentment in Christ. In fact, the point of God’s sovereignty and providence in elections can give you comfort.

First, do you believe that God puts political leaders into their positions? Consider Scripture on this. In Exodus 9:16, God’s message to Pharaoh was as follows: “But for this purpose I have raised you up, to show you my power, so that my name may be proclaimed in all the earth.” In 2 Chronicles 36:23, Cyrus the king of Persia said, “The Lord, the God of heaven, has given me all the kingdoms of the earth…” When God gave Nebuchadnezzar visions in his bed, a holy one from heaven told him, Daniel 4:17, “the Most High rules the kingdom of men and gives it to whom he will and sets over it the lowliest of men.” When Jesus stood before Pilate, who led by Roman authority and was no moral man, he told Pilate, John 19:11, “You would have no authority over me at all unless it had been given you from above.” Romans 13 only confirms that God puts political leaders into power. Verses one and two say this: “For there is no authority except from God, and those that exist have been instituted by God. Therefore whoever resists the authorities resists what God has appointed…” Later in Romans 13 Paul refers to political leaders as God’s servants, avengers, even ministers who carry out God’s wrath on wrongdoers. Then, Paul demands that Christians respect and honor those in positions of authority. John Calvin rightfully said:

The reason why we ought to be subject to magistrates is, because they are constituted by God’s ordination. For since it pleases God thus to govern the world, he who attempts to invert the order of God, and thus to resist God himself, despises his power; since to despise the providence of him who is the founder of civil power, is to carry on war with him. [1]

We certainly don’t want to invert the order of God, resist God himself, despise God’s power and providence, and carry on war with God! By all means let us accept those the Lord appoints!

There really is no question that God sovereignly elects political leaders and places them in their positions of power. The question is whether we will believe this and allow this truth to lead us into peace, comfort, contentment, and unwavering confidence in God’s good purpose, will, judgment, and certain and marvelous promises to His Church.

Second, what benefit does believing this doctrine provide us? As we take our vote and decisions seriously, and as we strive to do good in the world, let us rest in God’s sovereign will. Why kick and scream in anger or fearfully suck our thumbs in the fetal position when God is sovereign over elections and promises to give the kingdom to his little ones – “Fear not, little flock, for it is your Father’s good pleasure to give you the kingdom” (Lk. 12:32). We have a better kingdom and a better King! As Heidelberg Catechism 28 says, God’s providence allows us to “be patient in adversity, thankful in prosperity,” and confident that nothing will separate us from our Father’s love. We also can take comfort in knowing God will expose every evil work and judge wicked and corrupt political leaders. Psalm 110:5–6 says that the Lord “will shatter kings on the day of his wrath. 6 He will execute judgment among the nations, filling them with corpses; he will shatter chiefs over the wide earth.” Aren’t you glad that through Christ alone you’re on the Lord’s side!

As you wait for election results, remember who really appoints presidents, and be glad that you know and have the favor of the King of kings. 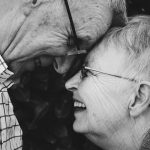 What You Need to Know to Live & Die Happily 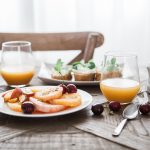 Remember God’s Providence As You Go About Your Day