We wake up in the morning. Perhaps we lay in bed awhile. We get out of bed, and we start our day. It is likely that most of us seldom contemplate our existence. You are likely settled on your own existence and the routine of life has likely lulled you into a certain unawareness of your existence. Of course you are aware that you exist and are alive. That’s not what I mean by “unawareness.” What I mean is that it is easy for us to forget, to simply not think about, the fact that we exist, move, and act because God Himself sustains and governs us. We wake up because God wills it. We eat breakfast because God wills it. The food we eat and the coffee we drink are ultimately gifts that God places on our tables and in our cups. As God’s creatures we do not exist because we will ourselves to exist; we exist because God wills us to exist. What tremendous grace.

Louis Berkhof is a renowned 20th century American-Dutch theologian. He studied under B. B. Warfield and Geerhardus Vos at Princeton Theological Seminary. In his helpful book Systematic Theology Berhof wrote this:

It is characteristic of all that is creature, that it cannot continue to exist in virtue of its own inherent power. It has the ground of its being and continuance in the will of its Creator. Only He who created the world by the word of His power, can uphold it by His omnipotence. [1]

Self-determination is an American ideal. So are individualism and humanism. In fact, self-determination, individualism, and humanism are human ideals. As human beings we are inclined to minimize the providence of God and to maximize our own power, will, and choice. This is mistaken. We must never forget that our lives are sustained and governed by God. Berkhof was exactly right! We do not continue to exist by our own inherent power. Not only did God create human beings, He continues to sustain their lives on earth. We do not live unless our Creator wills our living. Genesis 1 tells us that God created man, male and female, on the sixth day, and Hebrews 1:3 tells us that God “upholds the universe by the word of His power.” The entire universe, every created thing including every living human being, is currently being upheld, sustained, preserved, and provided for by Almighty God. Nothing is self-determined. All is God-determined.

The Bible clearly teaches that the providence of God pertains not only to the being but also to the actions or operations of the creature. The general truth that men do not work independently, but are controlled by the will of God, appears from several passages of Scripture. [2]

Who led Abram out of paganism? Who delivered the Hebrews from slavery in Egypt? Who gave the Promised Land to Israel? Who gave Naomi offspring through Ruth? Who preserved the Jews by preserving and positioning Esther? Who turns the hearts of kings (Prov. 21:1)? Who establishes men’s steps (Prov. 16:9)? Who orchestrated the death of the Son of God including the free wicked actions of men (Acts 4:27-28)? God. In each of these events and all other events, men moved and acted by God’s providence. He upheld them as they went about their business.

It is helpful for us to understand that the universe ceases to exist apart from God’s providence. We cease to live apart from God’s providence. Knowing this marvelous truth opens us up for immense thankfulness to God for He alone provides us with food, drink, work, success, failure, leisure, friendships, family, sex, sickness, and health, all of which He works for the good of His people. Kevin DeYoung is very perceptive when he comments:

If you love the sovereignty of God, you should love to say thank you. Calvinists should be the gladdest people on the planet because we have more reasons to be grateful than anyone else. We know that no gift is an accident. No good thing comes to us by chance. Blessings are never the last link in a chain produced by libertarian free will. If you have a job it’s from God. If you have a family they’re from God. If you have a good church, that’s from God. If your life is made better because of cats or dogs or pizza or popcorn or ice cream or another birthday or new clothes or new friends or new health or a new baby, then give praise to God for he gave them to you. He’s better than Amazon. He gives you packages of new mercy every morning and the shipping is always free. [3]

So, dear brothers and sisters, give thanks to God for His providence has been very kind to you. Eat and drink to the glory of God (1 Cor. 10:31). Live in thankfulness because it is God, by His good providence, who is sustaining you and providing for you good things, the greatest of which is Christ. 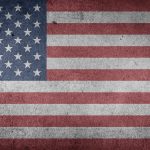 A Point to Remember When Presidential Votes Are Counted 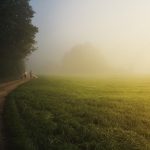