The great United States of America has existed for 245 years, and during those years four Presidents have been assassinated. Can you name them? Can you name them in order? Abraham Lincoln was shot in 1865. James Garfield in 1881. A quick aside, a great read on James Garfield is Candice Millard’s book Destiny of the Republic. The third was William McKinley. He was shot in 1901. Last was John F. Kennedy in 1963. These assassinations were all committed within 100 years. Additionally, there were other assassination attempts on other Presidents. Theodore Roosevelt and Ronald Reagan were wounded in assassination attempts.

What if I told you there were millions of assassination attempts on Presidents Donald Trump and Joe Biden that CNN or Fox News never report? They hide them. News outlets won’t acknowledge these widespread cruelties. And would it surprise you to hear that you are one of these attempted assassins! I’m one of the millions.

Let me explain what I mean. Many people are extremely angry about who President Trump is and what he does. The same can be said about President Biden. You know people are angry when they fly a flag from their house that has the f-word in front of the President’s name. That flag is an assassination attempt. The millions of assassination attempts that I’m talking about do not involve plots to physically murder the President or even physically harm him. None of the attempts involve the pulling of a physical trigger, but every single one is a trigger pulled in the heart. When many people simply see or hear President Trump or President Biden, they have visceral responses of anger and hatred toward them. They harbor dishonor in their hearts. They desire bad things to happen to the Presidents. Even their venomous words against the Presidents communicate their resolute antagonism. Anger, hatred, dishonor, and the desire for harm are all assassination of the heart. You and I have already pulled the trigger but not with our fingers, with our hearts.

The sixth commandment goes as follows: “You shall not murder” (Ex. 20:13). Now, on the surface, this command seems to forbid only things like shooting, stabbing, or poisoning someone. But it’s more than that. The Hebrew word for murder includes involuntary manslaughter or unintentional killing through careless or lawless acts. But it’s even more than that. Similar to lust being adultery of the heart, Jesus connects anger to murder. In his great Sermon on the Mount, Jesus said:

In 1 John 3:15, the Apostle John echoed his Lord, “Everyone who hates his brother is a murderer, and you know that no murderer has eternal life abiding in him.” That ought to lead us to some introspection. If hatred is alive in our hearts, we are murderers, assassins, cold-blooded killers. Every slanderous and disrespectful word on our tongues carries out the homicidal plots of our hearts. You are a cold-blooded killer. I am a cold-blooded killer. We all need Jesus to transform the trigger pulls of our hearts into acts of love for the goodness of our neighbors.

As you meditate on Lord’s Day 40, Heidelberg 105-107, let me highlight two things. First, Heidelberg 105 asks, “What does God require in the sixth commandment?” The beginning of the answer says that “I am not to dishonor, hate, injure, or kill my neighbor by thoughts, words, or gestures, and much less by deeds . . .” Think about those three words: thoughts, words, and gestures. A malicious thought is a pulled trigger. An insult spoken or posted on social media is a pulled trigger. Furious flailing arms or a middle finger is a pulled trigger. With every assassination and murder, before the physical trigger was pulled, there was dishonor, hatred, anger, envy, revenge, and the like in the heart which compelled the trigger pull.

Many people believe they are essentially good, and one of the criteria they use in their favorable self-esteem is that they haven’t murdered anyone. They don’t realize that the sixth commandment forbids more than physical murder and that, though their finger may not squeeze the trigger, murder lives in their heart. Heidelberg 106 asks, “But does this commandment speak only of killing?” The Heidelberg’s answer is Biblical and clear: “By forbidding murder God teaches us that He hates the root of murder, such as envy, hatred, anger, and desire of revenge, and that He regards all these as murder.”

As Christians, we must be increasingly aware of how much we need the grace and Spirit of our God. We need our Savior and Lord to put sin to death in us and to bring the virtues of Christ to life in us more and more. We ought not to ignore, excuse, or self-justify the murder in our thoughts, words, and gestures; we ought to realize the great extent of our sin and run to Christ for daily grace and help. Not only must anger, hatred, resentfulness, bitterness, and murder die in our hearts, the patience, peace, gentleness, mercy, and friendliness of Christ must come to life in us for the good of our neighbors. Christ can do this in you. Christ is doing this in you as you trust him and walk by his Spirit. Christ is your only hope.

The law rightly understood continues to helpfully expose the deep-rooted sin in us, and the gospel continues to give us Jesus our righteousness. Jesus’ heart didn’t pull the trigger. Neither did his finger. Instead, he took the shots on the cross. He took our sins upon himself and bore the just wrath of God in order to rescue us from our sin and put his loving virtues into our hearts. Trust your Savior and Lord to eradicate dishonor, hatred, anger, and antagonism in your heart, to kill it, and to subsequently bring to life desires for the good of your neighbors, even Presidents who say and do things that test you.

This version of the Heidelberg Catechism is used by permission from the Standing Committee for the Publication of the Book of Praise of the Canadian Reformed Churches (CanRC). It has been lightly revised and edited. You can find the CanRC version printed in their Book of Praise: Anglo-Genevan Psalter (http://bookofpraise.ca/). 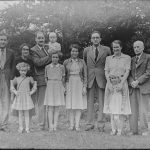