One of the best things I learned in seminary was the short little phrase, “Words have meaning.” Now, you might say under your breath, “Thank you Captain Obvious for that great insight!” But in my experience, it seems some people forget this simple truth. People often misuse words or assume they understand a certain subject when in reality they misunderstand the subject because they don’t know the vocabulary.

Matt Walsh, the conservative political commentator, is releasing a new documentary titled What Is a Woman? I don’t know much about Matt Walsh, and I haven’t seen the movie, but I understand that in the film he asks gender “experts” to define the word “woman,” and they can’t really do it, at least not with any sense of clarity and agreement. Maybe it’s just that they won’t do it. People get pretty angry over a simple question. Words have meaning, and it’s important we understand the meaning.

Ask a Mormon if they believe in Jesus Christ, and they will say yes. However, ask them to tell you who Jesus Christ is, and they will describe a person very different from the Jesus Christ of the Bible and historical Christianity. Words have meaning, and it’s important we understand the meaning.

Find a Roman Catholic and a Protestant discussing the doctrines of justification and sanctification and you will eventually realize they both use the terms but mean different things by the terms. Words have meaning, and it’s important we understand the meaning.

If you are a true Christian, you are a Catholic. Are you confused by that statement? If you are Reformed, in the true and historical sense of the word, you are Catholic. Does that make you uncomfortable? Words have meanings. Do you understand what it means to be Catholic?

J. V. Fesko, Professor of Systematic and Historical Theology at Reformed Theological Seminary in Jackson, Mississippi, wrote a short article titled “Reformed Catholics.” I recommend reading it. In that article, Dr. Fesko rightly argues that the reformers of the 16th century were not starting a new church. They were reforming the one true church according to the Word of God. They were addressing the many errors and corruptions in the Church. They didn’t want to destroy the church or start a new church, they wanted to reform the church. Dr. Fesko writes:

We must embrace the reality that as heirs of the Protestant Reformation, we are not schismatics but rather Reformed Catholics. We have embraced the corrective measures the sixteenth-century reformers offered, and we are continuing to seek greater fidelity to Scripture. [1]

The word catholic has several different uses. Dictionary.com gives three definitions of the word catholic: (1) broad or wide-ranging in tastes, interests, or the like; having sympathies with all; broad-minded; liberal; (2) universal in extent; involving all; of interest to all; and (3) pertaining to the whole Christian body or church. Take special note of definitions two and three. Catholic means universal or involving all. Catholic also means pertaining to the entire body of Christ. So, to be a Catholic in the most basic sense of the term is to be a true member of the one body of Christ. To be Catholic, in the true sense of the word, is to be a part of the one true universal church throughout the ages. There is only one true church.

We confess the Apostles’ Creed at Jerusalem Church, and I’m so glad we do. It is a great statement of the gospel. So then, we confess the following line: “I believe in . . . the holy catholic church.” And I think a few people, maybe especially some visitors, are taken aback by the phrase. That’s probably because they don’t understand what catholic means in the creed, and they probably don’t know much about church history. When they hear “catholic,” many think “Roman Catholic” when they should think “universal.” What are we confessing when we say “I believe in . . . the holy catholic church”?

I believe that the Son of God, out of the whole human race, from the beginning of the world to its end, gathers, defends, and preserves for Himself, by His Spirit and Word, in the unity of the true faith, a Church chosen to everlasting life. And I believe that I am and forever shall remain a living member of it.

Notice who has been gathering, defending, and preserving a Church for himself from the beginning of time. It is the Son of God. And notice that the Church is not one nationality. God redeems people from the whole human race. Revelation 5:9–10 says of Christ:

by your blood you ransomed people for God from every tribe and language and people and nation, and you have made them a kingdom and priests to our God, and they shall reign on the earth.

It is very important to realize that the gospel was revealed in the Garden of Eden to Adam and Eve. It was preached in basic form, but it was preached nonetheless. As redemptive history moved along, more and more details of the gospel were revealed for greater clarity. We call this progressive revelation. Then when Jesus Christ came on the scene, the gospel was revealed in its fullness. So it is right to say that Abraham was saved by grace alone through faith alone in Christ alone. He believed the gospel. As Genesis 15:6 and Romans 4 teach, Abraham was justified by faith alone. Galatians 3:8–9 adds:

And the Scripture, foreseeing that God would justify the Gentiles by faith, preached the gospel beforehand to Abraham, saying, “In you shall all the nations be blessed.” So then, those who are of faith are blessed along with Abraham, the man of faith.

So, along with the Old Testament saints, as you trust in the Lord Jesus Christ and the fullness of the gospel, your faith unites you to Christ. This unites you to Christ’s one true Church throughout the ages, and in this sense, you are truly a Catholic. If you are Reformed or Presbyterian, as I am, like Dr. Fesko argues, you and I are Reformed Catholics. The Protestant Reformation did not create a new church, it returned the true church to its roots, to the authority of Scripture, to the pure doctrine of the gospel; it reformed what had been corrupted.

Dr. Fesko said, “Therefore, don’t cede the title of Catholic—embrace it but with the theologians of the Westminster assembly add the qualifier that you are a Reformed Catholic.” [2] There is great comfort in confessing “I believe in . . . the holy catholic church,” because we are confessing that we belong to Christ and his one true church. We confess the one true gospel of Christ as saints have from the beginning of time. Our comfort in life and death is truly that we belong to Christ body and soul, and by belonging to Christ, we belong to his body, the church. We are Catholics. 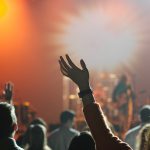