Perhaps unlike any time in history, many professing Christians today are entirely comfortable attending a local church perpetually without ever intending to belong to that body of believers. To be clear, I’m not talking about that period of time when people look for a law and gospel church, a period of time that should be as short as is prudent and should conclude with membership. I’m talking about perpetual dating without the intent to marry. I’m talking about people who attend a church for a long time, never submit themselves to the elders and their fellow believers, and never really commit themselves to do the “one another” passages of Scripture in any specified or assessable way (Heb. 13:17; Eph. 5:21; Rom. 12:10). This is not actually an uncommon occurrence today. Many people do this, and it weakens the fellowship, stability, and effectiveness of local churches and the witness of these churches in society and actually weakens the people who never truly commit.

Think about several things. Think about how much of the New Testament is addressed to churches in specific regions. Think about why the plural “churches” shows up many times in the New Testament. Think about Acts 16:5 which says, “So the churches were strengthened in the faith, and they increased in numbers daily.” Who exactly was being strengthened in the faith? Doesn’t an increase assume some record of who belongs? Think about 2 Corinthians 11:28 where Paul confesses to feeling “the daily pressure on [him] of [his] anxiety for all the churches.” Who exactly was he talking about? Were there names and faces of people who belonged to those churches and led those churches in Paul’s mind? Think about what the sacraments would be without defined membership in local churches. Think about church discipline which is one necessary mark of a true church. Think about 1 Corinthians 5:2 which says, “Let him who has done this be removed from among you.” How do you remove someone from a local church who does not already belong to that local church? If there is no defined membership, what does removal look like? And think about the shepherds of local churches. Think about their responsibility before God to watch over souls (Heb. 13:17). For whose souls are they accountable? Think about 1 Peter 5:2-3 which tells elders of local churches:

shepherd the flock of God that is among you, exercising oversight, not under compulsion, but willingly, as God would have you; not for shameful gain, but eagerly; not domineering over those in your charge, but being examples to the flock.

Isn’t it greatly helpful for shepherds to know which sheep are in their flocks, which sheep they are accountable for, and with which sheep they should exercise oversight? Perhaps many Christians today are simply not aware of how important it is for them to be cared for by loving shepherds in a local church and to belong to a fellowship that encourages them in Christ. Perhaps they simply don’t know the wonderful things God has for them.

Scripture alone is our authority on church matters. However, church history is of great importance and usefulness in thinking through matters of church life. We are not the first to study the Bible, and we’d be arrogant and foolish to ignore what Christians before us have studied, discussed, concluded, and practiced. Many professing Christians today ignore church history and study the Bible as if they are the first to read it, and then they end up returning to ancient heresies and destructive church practices.

We believe that since this holy assembly and congregation is the gathering of those who are saved and there is no salvation apart from it, no one ought to withdraw from it, content to be by himself, regardless of his status or condition. But all people are obliged to join and unite with it, keeping the unity of the church by submitting to its instruction and discipline, by bending their necks under the yoke of Jesus Christ, and by serving to build up one another, according to the gifts God has given them as members of each other in the same body. And to preserve this unity more effectively, it is the duty of all believers, according to God’s Word, to separate themselves from those who do not belong to the church, in order to join this assembly wherever God has established it, even if civil authorities and royal decrees forbid and death and physical punishment result. And so, all who withdraw from the church or do not join it act contrary to God’s ordinance. [2]

That statement is profound and packed with marvelous and comforting truths. So, here’s what I’m going to do. I’m going to unpack this statement at least in the next episode but perhaps in the next few. We’ll see. But my challenge to you is this – especially if you’re not currently a member of a local church – meditate on this statement. Test it. Weigh it against Scripture. Carefully consider the implications of this statement on your life.

There are many benefits and comforts received through belonging to a local church, and I’d like to help you recognize them more and appreciate them more. Hopefully, in doing this, you find more comfort for your soul in the provision of God’s grace for you in and through your local church. 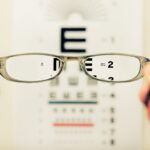 I Belong (5): Comfort in the Visible Church 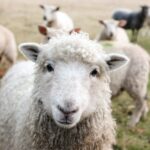 I Belong (7): The Necessity & Blessing of Local Church Membership (Part 2)