Think of it like this. There are four really good ballplayers on the team competing for the shortstop position. The coach’s son gets the spot. Might anyone question the objectivity of the coach? Yes. At least the parents of the other three really good ballplayers. Why? Because of the coach’s personal interest in his son. First, that’s a difficult situation for the coach. Second, it’s very difficult for the coach to think objectively when his own beloved son is in the mix.

In a similar way, it’s difficult for many Christians to think objectively, critically, carefully, and theologically about images of Jesus. They are fond of images of Jesus and don’t want to part with them or incriminate traditions and memories. Think of manger scenes at Christmastime, fond childhood memories of flannelgraph in Sunday School, historic stained glass images in historic churches, Christian book publishers who print millions of images of Jesus, and old pictures that hung in grandma’s living room. Would you agree that it’s probably difficult for Christians to think carefully and critically about this important question?

Think about the second commandment. There are many Scriptures that restate the second commandment in different ways. For example, Deuteronomy 4:16 says, “beware lest you act corruptly by making a carved image for yourselves, in the form of any figure, the likeness of male or female.” Another example is Deuteronomy 27:15 which says, “Cursed be the man who makes a carved or cast metal image, an abomination to the Lord, a thing made by the hands of a craftsman, and sets it up in secret.” Habakkuk 2:18–20 says:

What profit is an idol when its maker has shaped it, a metal image, a teacher of lies? For its maker trusts in his own creation when he makes speechless idols! Woe to him who says to a wooden thing, Awake; to a silent stone, Arise! Can this teach? Behold, it is overlaid with gold and silver, and there is no breath at all in it. But the Lord is in his holy temple; let all the earth keep silence before him.

Isaiah 44:9–21 is similar. An idol is a dead teacher of lies. Do images of Jesus teach us anything that is untrue about our great Savior and Lord? Does any image tell the truth about even his physical characteristics? Paul was exactly right to preach at the Areopagus: “we ought not to think that the divine being is like gold or silver or stone, an image formed by the art and imagination of man” (Acts 17:29). Have you ever seen an image of Jesus that was not the art and imagination of man? What do we call artfully imagined physical representations of God or false gods?

When it comes to images of Jesus, many Christians set aside orthodox, Biblical, and logical Christology to justify depictions of Christ’s humanity. They argue, “We’re not depicting God or Christ’s divine nature, we’re simply depicting Christ’s human nature.” That argument is problematic because it’s bad Christology and smacks of the ancient heresy of Nestorianism which taught that Jesus was two persons, one human, one divine. If Jesus was two persons, maybe we could depict only his human person. But Jesus is not two persons. Jesus is one person with two distinct but inseparable natures, human and divine. When we’re talking about Jesus Christ we are by necessity talking about his humanity and divinity united in his one person or we’re talking about a false Christ. To depict the one person Jesus Christ as merely a human being is to depict Jesus Christ partially or insufficiently. If we say, “That’s an image of Jesus Christ,” we are necessarily saying, “That’s an image of the one person Jesus Christ who has two distinct and inseparable natures, a divine nature and a human nature in his one person.” But that’s not what the picture says. To subtract Christ’s divine nature from his person is to commit the Nestorian heresy and to depict a false Christ. The true Christ is God and man in one person, and to depict that one person would be to unavoidably depict God. Theologian G. I. Williamson wrote, “The modern practice of making pictures of Christ as if his human nature could properly be portrayed by itself is not only a serious error in doctrine; it is impossible in fact.” [1]

Let’s say I point to a little cartoon Bible for kids and ask, “Who is that supposed to be?” People would answer “Jesus.” But who is Jesus? Jesus is the Christ, the God-man, the Son of God in human flesh, one person within whom are two distinct but inseparable natures, a divine nature and a human nature. This is who we mean when we say Jesus. And if the response would be, “No, that’s just a cartoon picture of the humanity of Jesus,” then it’s a false Jesus because if we’re talking about the real Jesus, we’re referring to one person with two distinct but inseparable natures. To say, “That’s Jesus” is to mean “That’s a depiction of the God-man Jesus Christ.” But what does the second commandment forbid?

With Heidelberg 98 in mind, we do not need speechless and misleading depictions of God’s Son to teach people about God’s Son; we need the living preaching of God’s Word (see Romans 10). Jesus did not command us to make disciples of all nations through pictures and movies. Jesus said:

Go therefore and make disciples of all nations, baptizing them in the name of the Father and of the Son and of the Holy Spirit, teaching them to observe all that I have commanded you. And behold, I am with you always, to the end of the age. (Matt. 28:19–20)

The Word taught and preached and the sacraments rightly administered are how Jesus wants us to make disciples. How would dead, deaf, and dumb images help make disciples? We shouldn’t assume we’re wiser than God. God has given us His living and active Word. The gospel is the power of God for salvation for everyone who believes. Let us trust that the powerful and sufficient means God provides are enough to truly make disciples and worship Him. 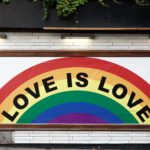 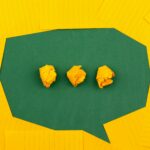