Heidelberg Catechism 1 states that our only comfort in life and death is that Jesus Christ “has set [us] free from all the power [or tyranny] of the devil.” This presupposes that we were in bondage to sin and the schemes of Satan before Christ set us free.

Jesus is very clear about our bondage. He said in John 8:34, “Truly, truly, I say to you, everyone who practices sin is a slave to sin.” The Apostle Paul echoed Jesus in his writing. In Romans 6:10, Paul wrote:

Do you not know that if you present yourselves to anyone as obedient slaves, you are slaves of the one whom you obey, either of sin, which leads to death, or of obedience, which leads to righteousness?

If we obey sin or our flesh or the will of the devil, then we are in bondage to the power of the devil. When someone is enslaved to sin, they prove themselves to be children of the devil by gladly doing their father’s will or doing evil and wicked acts for their own gratification. This may sound shocking to our modern ears, but this is how Jesus understood it to be. One is either a child of God by grace alone through faith alone in Christ alone or they are a child of the devil. There are only two families. Jesus said these shocking words to the most religious people of his day: “You are of your father the devil, and your will is to do your father’s desires,” John 8:44. Read 1 John 3 carefully. The Apostle John said, “Whoever makes a practice of sinning is of the devil…” and then goes on to explain that whoever does not practice righteousness or love others is a child of the devil. John gave the example of Cain as one who was “of the evil one.” Additionally, in Galatians 4, Paul argues that when the Galatians did not know God, they were “enslaved to those that by nature are not gods.” That’s bondage.

But in the Garden of Eden God preached the gospel to Adam and Even in his curse of the serpent. In Genesis 3:15, God promised Christ: “I will put enmity between you and the woman, and between your offspring and her offspring; he shall bruise your head, and you shall bruise his heel.” In Paradise God promised a serpent-slaying Seed and Son who would come and overcome the power or tyranny of the devil. The promised Son would crush the head of Satan.

In John 8:36, Jesus said about himself, “So if the Son sets you free, you will be free indeed.” Jesus spoke of the certain freedom he brings to his people, the freedom from the power of sin, the flesh, and the devil. This is revisited by the author of Hebrews who reinforces the truth, Hebrews 2:14–15:

Since therefore the children share in flesh and blood, he himself likewise partook of the same things, that through death he might destroy the one who has the power of death, that is, the devil, 15 and deliver all those who through fear of death were subject to lifelong slavery.

There is the comfort. At one time we were subject to lifelong slavery, but through his death, Jesus Christ the Victorious destroyed the work of the devil and delivered us. Zacharias Ursinus the principle author of the Heidelberg Catechism wrote, “Christ does not only reconcile us to God, but he also delivers us from the power of the devil; so that sin, death, and Satan have no power over us.” Freedom from Satan’s power and tyranny is the greatest comfort we could have. We are not patsies, pawns, hostages in his wicked scheme. We are free in Christ from his deadly power. 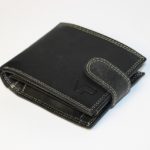 He Paid Your Debt in Full 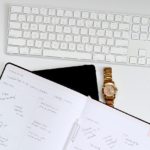