Years ago, when I was working for Cintas Corporation in the Pittsburgh area, I had an interesting conversation with a co-worker. We talked about spiritual things, and if my memory serves me right, he confessed to being a Christian. What was odd, and what made me question his confession, was that he was living with his girlfriend, and at least from outward appearances, didn’t seem to be too concerned.

Saying you’re a Christian is a very easy thing. It is, however, a different thing, a much harder thing, to show that you belong to Christ by true repentance from sin to God. If one’s “I love Jesus” confession is followed by “but I don’t plan to stop sleeping with my girlfriend,” their confession is cheap and hypocritical. A true Christian is not one who perfectly avoids sin, but one who hates sin and by the Spirit strives to avoid it. A true Christian is one who loves holiness and pursues it by faith and union with Christ, albeit imperfectly. To comfortably settle into a sinful routine without any interest in overcoming certain sins (like sexual immorality, sensuality, and the like) is a most dangerous place to dwell.

Pharaoh is an interesting case study. Take some time this week to read Exodus 1-20. It will profit you. Reading how Pharaoh interacted with Moses, Aaron, and Israel is fascinating. The plagues, which were unquestionable demonstrations of God’s divine power and judgment against Egypt, were not changing Pharaoh’s hard heart. The plagues were a form of kindness to Egypt, and you’d think Pharaoh would’ve gotten the point. But despite the plagues being convincing displays of the one true God’s power and authority, and despite Yahweh sending a direct and divine message to Pharaoh through the prophet Moses that coincided with the plagues, Pharaoh and Egypt refused to repent and trust Yahweh.

During the seventh plague, a calamitous hail and fire storm unlike any before it, Pharaoh called for Moses and Aaron and said something astonishing in Exodus 9:27–28:

This time I have sinned; the Lord is in the right, and I and my people are in the wrong. Plead with the Lord, for there has been enough of God’s thunder and hail. I will let you go, and you shall stay no longer.

Wow. Pharaoh confessed his sin. He admitted that he was wrong, and Yahweh was right. He asked for prayer. He even promised to let Israel go. But before we ask Pharaoh to come forward for baptism, consider there were more plagues. Pharaoh didn’t repent, didn’t trust Yahweh, and didn’t leave his paganism to join the covenant community of faith as Ruth did. His heart was hardened again against God.

Then, during the eighth plague, when God sent locusts to consume everything that the hail didn’t destroy, Pharaoh once again made a stunning confession. Pharaoh told Moses and Aaron in Exodus 10:16–17:

There you have it. Pharaoh was sorry about his sin. He recognized that he was a sinner and had sinned against Yahweh and against Moses, Aaron, and Israel. Pharaoh asked for forgiveness, prayer, and mercy. He sounded like many people at Christian conferences who walk down an aisle and repeat the “sinner’s prayer” after the speaker. But as is the case with many so called “converts,” something was missing in Pharaoh’s heart – true repentance. Repentance is something that the Holy Spirit produces in someone, and without the Spirit, feeling sorry about sin never leads to true repentance. After his second confession, the Lord hardened Pharaoh’s heart once again and nothing truly changed for Pharaoh. Feeling bad about your sin is necessary, but without it amounting to hatred of sin and fleeing from sin, it is ultimately meaningless.

So, what is true repentance? What does a real change entail? Heidelberg Catechism 88 asks, “What is the true repentance or conversion of man?” It answers, “It is the dying of the old nature and the coming to life of the new.” That never happened with Pharaoh but must happen for a confession of Christ to be sincere. The old sinful man must be ever dying, and the new man must be ever coming to life. In other words, a conversion must be taking place.

Heidelberg 89 states: “What is the dying of the old nature? It is to grieve with heartfelt sorrow that we have offended God by our sin, and more and more to hate it and flee from it.” Okay. Grief over sin is necessary, but it must be grief and sorrow over offending God. But not only that, it must be accompanied by a holy hatred of sin and a resolute commitment to run for your life away from sin. Sorrow, hatred, and running away are all necessary to put the old sinful nature to rest in the grave.

Lastly, Heidelberg 90 states, “What is the coming to life of the new nature? It is a heartfelt joy in God through Christ, and a love and delight to live according to the will of God in all good works.” Pharaoh may have admitted his sin, but he never put his old man to death and never came alive in God. He never found his joy in God through the promise of Christ and never found love and delight in doing the will of God. He remained in the guilt stage without ever progressing to grace and gratitude.

I don’t know whatever came of my Cintas co-worker. Hopefully, the Spirit led him into true repentance, to guilt, then to grace, and finally into gratitude where he either moved out or married his girlfriend. But I do know that I must do. I must not only recognize my sin, but I must plead that the Lord puts a holy hatred of it in my heart so intense that it compels me to run away from my pet sins into the deep love of Christ and the comfort and joy of doing the will of my Father. 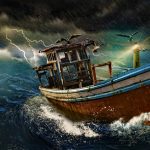 When I Fear My Faith Will Fail 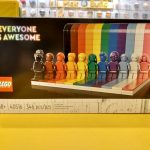