The world is confused about many things, not the least of which is marriage and sexuality. Why? The world does not know or submit to God. Romans 8:7 says, “For the mind that is set on the flesh is hostile to God, for it does not submit to God’s law; indeed, it cannot.” Many people set their minds on the flesh, often on several specific sections of the flesh, and their obsession with the flesh proves their hostility against God. They desperately need heart-transforming grace as we all do.

Researchers at The Queensland University of Technology asked the following question in their sex survey: “Which of the following terms do you feel best describes your gender?” [1] They listed 33 different options. Healthline.com reports that there are 64 terms that describe gender identity and expression. [2] This kind of thinking about gender is foreign to both science and Biblical thought. See, when the mind is not set on God and His authoritative truth and is instead set on the flesh, hostility against God is manifested in surprisingly aberrant thinking and doing. Discontentment with God’s good design and order of gender and sexuality bring increasing angst to the soul. We need to repent of our inventions and trust Christ to reform our views of identity, marriage, and sexuality. Only Christ can restore the beauty and order of identity, marriage, and sexuality.

In Genesis 1:26, in Moses’ account of creation, the Triune God says, “Let us make man in our image, after our likeness.” God was freely choosing and creating according to His divine intent, beauty, and goodness. Man is the Hebrew word adam which generally refers to human beings and more specifically became the name of the first male. So when God says “Let us make man,” he was referring to both male and female human beings, to both beautiful genders. God didn’t move past these two beautiful sexual distinctions.

Then Genesis 1:27 states, “So God created man in his own image, in the image of God he created him; male and female he created them.” God, in His divine wisdom, chose to give some human beings maleness and others femaleness, and this was good, in fact, it was very good (Gen. 1:31). The complementary physical categories of male and female are sacredly assigned realities, and to adjust them in any way, whether physically or psychologically, is to contest God’s wisdom, creativity, and goodness. To be male and female is divine ordination. We find the goodness and beauty of God expressed in both.

Heidelberg Catechism 6 explains that “God created man good and in His image” and clarifies that in His image means “in true righteousness and holiness.” God did this so that man “might rightly know God His Creator, heartily love Him, and live with Him in eternal blessedness to praise and glorify Him” (HC 6). In Ephesians 4:24, Paul links the likeness of God to true righteousness and holiness. This is why the renowned Puritan commentator Matthew Henry described the image of God as being one of soul, not body, for God is a spirit and does not have a body. Dr. Henry wrote,

But it is the soul, the great soul, of man, that does especially bear God’s image. The soul is a spirit, an intelligent immortal spirit, an influencing active spirit, herein resembling God, the Father of Spirits, and the soul of the world. [3]

Dr. Henry includes in image-bearing the dominion given to Adam and Eve but moves onto their “purity and rectitude” and says in Pauline fashion, “God’s image upon man consists in knowledge, righteousness, and true holiness.” [4] John Calvin went further saying, “Adam was endued with right judgment, had affections in harmony with reason, had all his senses sound and well-regulated, and truly excelled in everything good.” Calvin added:

In the mind perfect intelligence flourished and reigned, uprightness attended as its companion, and all the senses were prepared and moulded for due obedience to reason; and in the body there was a suitable correspondence with this internal order. [5]

Therefore, before the fall, the first man and woman flourished in their understanding of their own distinct gender. They did not doubt their gender, nor grumble against it, for they were entirely content and joyful in who God made them to be; one male, one female, perfectly complementing one another in beauty, righteousness, and holiness within the sacred covenant of marriage. As Calvin said, “in the body there was a suitable correspondence with this internal order.” [6]

Consistent with His creation of male and female, God gave the first command to His male and female creatures: “Be fruitful and multiply and fill the earth and subdue it.” God commanded sex between the two genders within marriage. There was one man and one woman, and God commanded them to have sex, which is a good creation of God, and to bear children to fill the earth. The gender of these children would be either male or female, but whichever they would be, their gender would be a beautiful expression of God’s power, creativity, wisdom, and generosity.

First, are you thankful to God for the gender He sovereignly and wisely assigned to you? Are you content that he has made you a male or a female? Do you accept your divinely sanctioned gender as a divinely given gift to be cherished and used for God’s glory? Second, do you celebrate that marriage is between one man and one woman as Genesis 2:18-25 explains, that within marriage two distinctly different creatures who share the image of God complement one another beautifully? If you are a husband, do you celebrate the God-ordained and assigned female gender of your wife? Do you wives celebrate your husband’s maleness?

Before we can ever enjoy marriage and sexuality to the fullest, we must receive our gender and our spouse’s gender as beautiful, complementary, and unchanging realities sovereignly defined and gifted us by the God who loves us. There is great comfort and joy found in trusting the Lord in matters of gender, identity, marriage, and sexuality and praising the Lord precisely because we are “fearfully and wonderfully made” (Ps. 139:14). 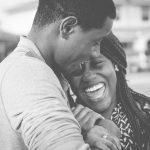 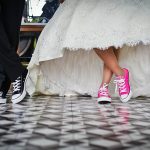