In March of 1997 during my senior year of high school, Paula Cole released her song “Where Have All the Cowboys Gone” which became her only top-ten hit. It’s a sad song of a failed relationship and an unfulfilled dream of western-style romance. The song repeats the fretful question, “Where have all the cowboys gone?”

If the church in the US was to write a sad song about lost love today, perhaps it would be titled “Where have all the preachers gone?” Much preaching in the US is, well, to put it bluntly, sad, anemic, and in many cases misleading.

I was recently listening to the Core Christianity podcast hosted by Adriel Sanchez and Bill Maier. [1] I commend that podcast to you. Adriel shared about meeting a man in a coffee shop. The man was raised in the church but was now agnostic. So, Adriel asked him what he was taught the gospel is. The man’s answer was striking. This man had learned from his parents and the church that the gospel is essentially, “Leave the world a better place than you found it.” That’s not the gospel. Presumably, this man was taught a false gospel through preaching and parenting. Was the preaching he heard the kind of law and gospel preaching that saves people (Rom. 1:16; 1 Cor. 1:18)?

In addition to this sad anecdote, visit the websites of many churches and preachers and you’ll find weak, watered-down, or misleading preaching. For example, one well-known preacher actually preached that “God broke the law for love.” God broke the law? What kind of interpretation brings a preacher to that conclusion? A blasphemous one. Another well-known pastor preached, “New covenant values and imperatives stand in sharp contrast to the values and imperatives of the old covenant.” Wait. Doesn’t the old covenant say, “You shall love your neighbor as yourself” (Lev. 19:18, 34)? That’s a new covenant value and imperative, right (Rom. 13:9; Gal. 5:14; James 2:8)? A pastor, whose name I won’t mention, did a funeral of a man I knew, and though this pastor spoke about Jesus, he also spoke about the deceased as if he was the paragon of virtue. Little was said about Christ’s exclusive righteousness, the law, sin, and the deceased’s need of Christ, let alone the listeners’ need of Christ. In my experience, funerals and memorial services are usually disappointing because the preaching is so poor. Where have all the preachers gone?

My point is not to say that excellent law and gospel preaching is entirely dead in the US. It’s not. Many faithful men are proclaiming the law and the gospel across our great land. My point is to say that on average the state of preaching in the US is in sad shape, so much so that many evangelical churchgoers can’t really differentiate good preaching from bad preaching because they’ve been fed a steady diet of bad preaching for many years. They’ve grown accustomed to it. They don’t actually know what they’re missing. And this is one big reason why the state of theology is also in sad shape in the US. Just look at Ligonier’s State of Theology Survey for 2022. [2] We need a resurgence of simple, clear, and passionate law and gospel expository preaching.

Article 29 adds an important line that clarifies and strengthens the first mark of a true church. It adds, “it governs itself according to the pure Word of God, rejecting all things contrary to it and holding Jesus Christ as the only Head.” [4]

However, how does Christ lead his church? He leads his people through his Word, the Word of Christ, the Old and New Testament Scriptures interpreted and preached purely and faithfully (Rom. 10:17; Col. 3:16). The Roman Catholic Church does not believe that Scripture alone is the authority. They turn to tradition and the magisterium as authorities equal to Scripture, which essentially nullifies the authority of Scripture altogether. Evangelicals do the same thing when they elevate modern psychology, pragmatism, the preacher’s own ideas, politics, and innovative interpretation—which is simply a regurgitation of past bad interpretations and heresies—to equal standing with Scripture. They might not say it, but they effectively do it. Article 29 is exactly right. The pure Word of God rightly interpreted and understood must govern the church and its preaching.

Article 29 also states what the false church does, which I think also really helps us discern whether our church is part of the true church or part of the false church. According to the Belgic Confession, “the false church . . . assigns more authority to itself and its ordinances than to the Word of God; it does not want to subject itself to the yoke of Christ . . . it bases itself on men, more than on Jesus Christ.”

Does your church strive to do everything according to the Scriptures of Christ? Do your pastors, elders, shepherds, or leaders use all of Scripture to justify their actions? Are sermons and classes loaded with Scripture? Is the counsel you receive from your shepherds derived from the Old and New Testaments? Some preachers today preach disparaging things about the Old Testament as if the New Testament is the only relevant Testament.

We see throughout the writings of the Reformers that they understood justification to be purely preached when the Word was “rightly divided” (2 Timothy 2:15) into its two parts: law and gospel. The law was preached in all its terror, while the gospel was preached in all its comfort, as that which the law could not do (Romans 8:3-4; Canons of Dort, III/IV, 6). In doing this, the Reformers taught us to preach Christ and him crucified (1 Corinthians 1:23). [5]

Many churches have an orthodox, albeit often too short, statement of faith on their website. But is the preaching law and gospel preaching? Hyde added:

It is important for us to understand that the [Belgic] Confession is not concerned with whether a church has a biblical statement of faith, purpose statement, or even is a member of a federation/denomination with an orthodox Protestant confession, but rather with whether the gospel is actually being preached. [6]

Where have all the preachers gone? Hopefully, at least one of them has gone to your church where he is faithfully preaching the law and the gospel from sacred Scripture. What your preacher preaches is important because if it’s the good stuff, the faithful stuff, you will feast and find your comfort in Christ.

[5] Daniel Hyde, With Heart and Mouth: An Exposition of the Belgic Confession (Grandville: Reformed Fellowship, Inc., 2008), 397. 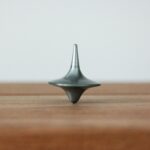 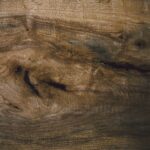 I Belong (12): True & Good Churches Give Us the Sacraments because We Need Them