When novices begin learning basketball, they usually display bad form when dribbling, passing, and shooting. The fundamentals are not always instinctual nor are they easy to master. Beginners naturally break the fundamentals of basketball and must therefore learn what they’re doing wrong and how to correct it. They might dribble with two hands on the ball (double dribbling). They might lob a pass way up into the air (easy to steal). They might shoot the basketball like they throw a baseball (inaccurate). Beginners often have trouble learning and look awkward as they learn, but as they progress in the fundamentals little by little, their ability to dribble, pass, and shoot develops, the game becomes more competitive and more fun for them, and they look less awkward. Players who continue with bad form, whether they are clumsy and nonathletic or simply refuse to put in the time, never become good basketball players. The greatest basketball players endeavored to master the fundamentals and continued to tweak their technique because they wanted to excel and bad habits form easily.

Do you consider it kind and helpful, even loving, when coaches point out the improper form and bad habits of their players? Would it help the players if the coach tossed out the laws of good basketball and tolerated, even encouraged, unacceptable dribbling, passing, and shooting? How would those players perform in the game? My hunch is they’d leave the court embarrassed. As uncomfortable as a coach’s correction may be, the best coaches love their players by informing them of their bad habits and helping them correct them by careful and repetitive practice of the fundamentals.

Wouldn’t it be supremely kind, helpful, and loving if God, who knows what human life is all about, pointed out our lawlessness? Since lawlessness warrants the condemnation of God, warrants death, the silence of God would culminate with the just condemnation and death of all the lawless. Imagine perishing in your sin without any knowledge of sin. But God has used the law to bring knowledge of sin and misery as part of His salvation process.

Human beings are born spiritual anarchists, born with a predisposition to rebel against God and His law. This means all humans have a predisposition to live in a way that destroys them. So when God, by His marvelous grace and kindness, gives the law to expose lawlessness in sinners, in order to confront sin and misery with the gospel of Jesus Christ, it is His kindness, compassion, and love. To be aware of lawlessness, of our sin and misery, is the first step toward glorious redemption in Christ, and God begins this process of redemption by awakening His people to their utter moral failure. This is not cruelty; this is love. Many people think God’s law represses their freedom, deprives them of that which is good, and leads them to a joyless life. So they perceive God alerting them of their sin and misery through His law as His ruthlessness and not His love. They twist God’s love into malevolence. They do this because they do not know God or His transcendent and gracious ways.

Consider Heidelberg Catechism three for a moment. It asks, “From where do you know your sins and misery?” It answers: “From the law of God.” Now, why would anyone want to know their sins and misery? Isn’t that unpleasant? It is unpleasant, but it is also good, for the wages of sin is death (Rom. 6:23). To be aware of sin and misery is a great gift because it alerts us to our unrighteousness and need of God’s grace in Christ. Apart from awareness of sin and misery, there is no awareness of the need for Christ nor a desire for Christ. Ignorance of the law can feel alright, but it doesn’t end alright! It is a great kindness for God to alert sinners of their spiritual poverty and need of the riches of His grace; only then do they begin to see the goodness of His grace and law. The law is how God alerts us to our sin and misery and awakens us to our need of Jesus Christ and the goodness of His grace and law. The law, therefore, understood by the Spirit’s work of grace, is a tremendous kindness. Three times the songwriter of Psalm 119 said, “I love your law.” He understood what we often forget – the law of God is good; it is something to be cherished. Paul said, “So the law is holy, and the commandment is holy and righteous and good” (Rom. 7:12).

Paul wrote in Romans 3:20, “For by works of the law no human being will be justified in his sight, since through the law comes knowledge of sin.” The law is not good because it can save us, nor because it’s the way we save ourselves. The law does not extend to us the grace of God. But the law is good because it gives us knowledge of sin, knowledge we would not have without it. God’s law, then, is an expression of God’s love because through it God informs us of His righteousness, our unrighteousness, and our desperate need of Christ’s righteousness. The law is good, at least for the reason that it prepares us for the gospel. Paul added in Romans 7:7, “What then shall we say? That the law is sin? By no means! Yet if it had not been for the law, I would not have known sin.” I believe those words are infused with thankfulness. In one sense, isn’t Paul saying, “I am so grateful for the law because it told me of my sin and need of God’s grace in Christ”?

God is our loving Father (1 Jn. 3:1), and when our Father is pointing out our moral failures with His law, He is being kind to us; He is loving us. You see, as God uses the law to uncover your sin, He is at the same time (with the same law) teaching you how to live by His grace, and living a life of increasing obedience to your Father is assurance that you are His child and indeed have His love and affection (Mt. 12:50). Heed the words of Solomon, “My son, do not despise the Lord’s discipline or be weary of his reproof, for the Lord reproves him whom he loves, as a father the son in whom he delights” (Prov. 3:11–12). 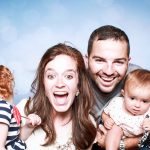 Focus in the Family 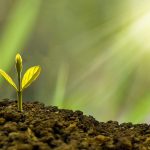