I heard a pastor say one time in response to how he was hurt by others, “I would never do that.” What a statement to make. His statement stuck with me. He would never hurt people like that. Did he mean to suggest that he was above certain sins, fully sanctified in those areas, that he was the standard of righteousness? I doubt it. But he implied it. More than anything else, I think his emotion and pain led him to speak an irresponsible word.

Our sin runs much deeper than we realize. We may look at a serial killer and think, “I would never do that,” and yet we get so angry at our child when they spill milk at the dinner table. Aha! We would do that because if we understand the Sixth Commandment, we understand that anger is the root of mass murder, and if we get unjustly angry, we have mass murder in our hearts. So I don’t think we should say, “I would never do that,” because apart from God’s grace, we would naturally and gladly do unspeakable evil (HC 5).

Heidelberg Catechism 8 asks, “But are we so corrupt that we are totally unable to do any good and inclined to all evil?” It answers, “Yes, unless we are regenerated by the Spirit of God.” So apart from God’s gracious work of regeneration by the Spirit, we most certainly are incapable of good and inclined to all evil. Total depravity is Biblical. However, even after regeneration or the new birth, even after receiving the Holy Spirit by grace alone through faith alone, Christians are still walking in the flesh (2 Cor. 10:3) and still – let’s be careful how we think about this – of the flesh and sold under sin. Paul said in Romans 7:7, “For we know that the law is spiritual, but I am of the flesh, sold under sin.” Paul didn’t mean he was unregenerate and still enslaved to sin. Regeneration unquestionably makes God’s people alive in Christ and able to do much good. Paul was, however, still in the sinful flesh and still struggling against the fleshly propensity to sin. That propensity or inclination or bent to sin is around until we die or Christ comes back. As regenerated children of God, we can do much good, however, even our best good works are still corrupted by sin because we are still of the flesh and sold under sin.

No, for God so created man that he was able to do it. But man, at the instigation of the devil in deliberate disobedience, robbed himself and all his descendants of these gifts.

Okay. That’s helpful to know. God created man after His image in true righteousness and holiness. Humanity had the ability to obey God perfectly. In other words, God created humanity with the capacity to do what He demanded. That’s our starting point.

So then, we must ask, “What happened? Why is man no longer able to perfectly do what God demands in His law?” Well, the devil deceived Eve, and Adam and Eve both failed to trust God’s good commands and therefore rebelled against God. They deliberately disobeyed and lost their innocence, purity, righteousness, and holiness. The image of God in man was grossly distorted. And thus we have what theologians call original sin. Original sin does not refer to Adam and Eve’s sin in eating the forbidden fruit, as in, this was the original or first sin. Original sin is described in Westminster Shorter Catechism 18:

The sinfulness of that estate into which man fell consists of: the guilt of Adam’s first sin, the lack of original righteousness, and the corruption of his whole nature, which is commonly called original sin, together with all actual transgressions that proceed from it. [1]

So original sin is guilt under God’s law, lack of perfect righteousness, and corruption of the entire human nature. Original sin refers to our sinful human nature from which come all actual sins. We are born with original sin.

But you and I were not in the Garden? We didn’t taste the fruit? Or did we? Westminster Shorter Catechism 16 asks, “Did all mankind fall in Adam’s first transgression?” Good question. It answers:

The covenant being made with Adam, not only for himself, but for his descendants, all mankind, descending from him by ordinary generation, sinned in him, and fell with him, in his first transgression. [2]

God made the Covenant of Works with Adam as the federal head or representative of all mankind. As Adam’s descendants, we were in Adam. We sinned in Adam. We fell with Adam. Romans 5:12 says, “Therefore, just as sin came into the world through one man, and death through sin, and so death spread to all men because all sinned.” Yes, all sinned in Adam. In 1 Corinthians 15, Paul said, “For as by a man came death. . . . For as in Adam all die” (vv. 21-22). So, as the representative of humanity in the Covenant of Works, Adam, when he sinned against God, robbed not only himself but also all his descendants, of the glorious capacity to obey God. God’s moral demands did not change; man changed because of sin. Rebellion against God cannot change the holiness and demands of God.

This ought to humble us. I don’t think we should ever think or say, “I would never do that.” Why? Because of original sin. We have the capacity for unspeakable evils in our hearts. The only reason we do not pursue these unspeakable evils is the restraining grace of our God. Let us be grateful for the grace of God, but let us also incessantly ask for His grace and depend upon it, for we are capable of horrendous sin.

There is nothing in us that would prevent us from the vilest indiscretions. So as we are humbled by the Biblical doctrine of original sin, let us also take heart that because of the grace of God in Christ, we are not what we used to be and are becoming what we will forever be. Self-righteousness is the enemy of trust in Christ. The gospel extends Christ to us who is our righteousness, and in union with him, we are being transformed; Jesus alone is our prevention against the vilest indiscretions because his Spirit is in us. 1 Corinthians 15:49 says, “Just as we have borne the image of the man of dust, we shall also bear the image of the man of heaven.” How hopeful! Take heart dear ones, our original sin is not permanent for us, for we shall, in time, bear the image of the man of heaven in perfect righteousness and holiness. 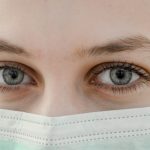 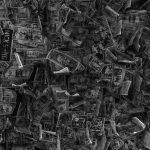