When I was in 10th grade, I wrecked my motorcycle. I road with my friend Randy up to a motocross track just up the hill from our friend Jared’s house in the small town of East Earl, PA. I came ripping around the corner of the dirt track into the straightaway and double jump. I got air but shorted it. My back tire hit the second jump, and I went vertical above the handlebars. When I crashed, I hit my head and swooned. After my swoon faded, I stood against the tree and shook my head. My swoon messed me up which was evidenced by my inability to remember that the homecoming queen had recently worn my football jersey to school. It was exciting finding that out for the second time.

Anyway, why do I use the word swoon? I could’ve just said, “I hit my head and lost consciousness.” Why swooned? Well, so we can understand what that old word means. To swoon is to faint or lose consciousness. Additionally, we should be aware of something called the Swoon Hypothesis. Now, there are various theories aimed at debunking the resurrection of Jesus Christ, but the Swoon Hypothesis goes something like this. Jesus didn’t actually die. He was unconscious or swooned. After being placed in the tomb, he was revived. People didn’t see a risen Christ but a revived Christ. There are various versions of the Swoon Hypothesis, but that’s the gist of it.

Why does it matter whether Jesus died or not? Can we count the reasons? One big reason is that if Jesus wasn’t actually crucified, dead, and buried, all of Scripture is a lie and Christianity is bogus. This would lead to aggressive moral relativism and ruin. To come right out and say it, the Swoon Hypothesis is a blasphemous and incredulous theory that leads people into an unrestrained pursuit of sinful pleasures. The Swoon Hypothesis is just another way to turn away from God and self-justify sinful pursuits.

Always keep this important point in mind when you hear people trying to refute the gospel. It is never a matter of evidence. Never. It is always an attempt to rid oneself of moral restraints. Evidence is abundant. Scripture alone is conclusive evidence for the life, death, burial, and resurrection of Christ. And evidence never transformed a sinner’s heart. Carefully read the gospels. Miracles couldn’t convince many. Only God’s sovereign grace acting through the gospel can redeem a sinner’s heart. Evidence alone cannot. Archaeology, philology, philosophy, and other ologies only support and confirm the Bible’s definitive case for Christ. See, until a sinner is wrecked by God’s law and recognizes his horrific wickedness and need for Christ, evidence won’t lead him to Christ. Evidence only confirms the fact that he needs to face his sin, and he doesn’t want to do that because he doesn’t want to answer to God or stop his pursuit of sin and self. By the gospel, the Holy Spirit alone regenerates a sinner’s heart. Don’t ever forget that. Unbelief is a moral problem never an evidential problem. Those who believe the Swoon Hypothesis and any other theory that seeks to discredit the resurrection are, as Paul said in Romans 1, suppressing the truth in unrighteousness in order to pursue the lusts of their flesh and uninhibited idolatry.

Realize the importance of the death of Christ. Heidelberg 40 says:

Why was it necessary for Christ to humble himself even unto death? Because of the justice and truth of God, satisfaction for our sins could be made in no other way than by the death of the Son of God.

Jesus Christ the Son of God needed to die in order to satisfy the justice of God and make restitution for our sins. As Heidelberg 16 rightly states, “God’s justice requires that the same human nature which has sinned should pay for sin.” He paid by giving his life. Also, Jesus needed to be the Son of God so that, as Heidelberg 17 rightly states, “He might bear in His human nature the burden of God’s wrath and might obtain for us and restore to us righteousness and life.” The Swoon Hypothesis is an attack against the heart of the gospel, the death of Christ for our sins.

But here’s the main point I want to make. Jesus actually died. It’s a simple but profound truth. We confess it in the Apostles’ Creed when we say “was crucified, dead, and buried.” He died. Heidelberg 41 says, “Why was he ‘buried’? His burial testified that He had really died.”

I encourage you to do some research on this. Read the Bible for many proofs of his death. Read arguments from Reformed ministers, scholars, and apologists explaining why it is beyond all reasonable doubt that Christ died. But here are a few simple thoughts to comfort you that Christ indeed died for your sins.

Jesus was pitilessly flogged. He was flogged so badly and had lost so much blood that he had no strength to carry his cross. He then suffered crucifixion for hours. Is it reasonable to believe he didn’t die? Who recovered from the combined brutality of Roman flogging and crucifixion?

Bystanders watched him die. Even his own mother watched. She was close enough to converse with him while he was dying. Jesus would’ve used his legs for support in order to breathe. If he was not pushing up to breathe, he was dead. Is it reasonable to believe the bystanders and soldiers couldn’t recognize death in this way?

I’ve watched people take their last breaths and die. I sensed the emotion of death. Scripture says that Jesus breathed his last and the centurion saw it. Had the centurion, who had seen death before, been duped? Would the centurion have said, “Truly this was the Son of God” if Jesus hadn’t actually died?

Some may say, “Well, it can take several days for someone to die on a cross. He could’ve still been alive when they took him down.” Consider John 19:31-34. It was the day of Preparation. It was important that the dead bodies be taken down before the Sabbath. So, at the request of the Jews to quicken the process of death, the soldiers broke the legs of the two thieves so that they couldn’t push up to breathe. They suffocated and died. They didn’t break Jesus’ legs because he was already slumped and dead. If he was still alive and breathing, he would’ve been using his legs for support. If he was merely unconscious in his lifeless and slumped pose, he would’ve been suffocating to death. Is it reasonable to believe he hadn’t died and that the soldiers made a mistake by not breaking his legs?

A soldier pierced Jesus’ side with a spear to confirm his death. Jesus likely suffered pericardial effusion, pleural effusion, or pulmonary edema. The blood and water from his side confirmed he was dead. The soldiers did their job. Is there any reason to believe they failed?

Pilate summoned the centurion asking whether Jesus had died. Would it be important for that centurion to get it right? Of course, especially considering Roman soldiers were killed if their prisoners escaped. He had seen death before. Is it reasonable to think the centurion only thought Jesus had died and gave a naïve answer to Pilate?

When Joseph and Nicodemus prepared the body of Jesus for burial, wouldn’t it be reasonable to think that if Jesus was still alive they would’ve known before wrapping him up in linen?

Brothers and sisters, take comfort in the death of Christ. He died for you. He took God’s judgment for you. As Heidelberg 43 says, “[your] old nature is crucified, put to death, and buried with Him so that the evil desires of the flesh may no longer reign in [you].” Instead of pursuing sin, the death of Christ compels you to “offer [yourself] to Him as a sacrifice of thankfulness.” Trust in the death of Christ and rejoice, for your crucified and risen Lord loves you that much. 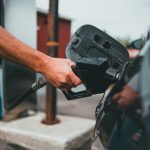