Every human life has value and meaning, from the fetus in the womb to the unresponsive senior citizen in hospice, precisely because God is Creator of all human life. At least that’s the view of Christians. The predominant view of culture and society is different. According to culture and society, humans are products of chance, Darwinian evolution, and primordial soup; humans are beasts. God says otherwise. He has told us in His authoritative Word that humans bear His image; He made them after His likeness (Gen. 1:26). Human beings are not beasts, they are image-bearers of Almighty God.

The image of God consists of the spiritual part of man that reflects the character of God and is the only firm basis for advocating the dignity of man, the sanctity of life, and the gracious redemption of sinners. [1]

Reformed catechisms and confessions give us great help in understanding the image of God in man. After affirming that human beings are inclined by nature to hate God and others, the Heidelberg Catechism asks in question six, “Did God, then, create man so wicked and perverse?” Genesis 1 and 2 give the obvious answer of no. Heidelberg six agrees and states:

No, on the contrary, God created man good and in His image, that is, in true righteousness and holiness, so that he might rightly know God His Creator, heartily love Him, and live with Him in eternal blessedness to praise and glorify Him.

After God had made all other creatures, He created man, male and female, with reasoning minds and immortal souls, having knowledge, righteousness, and true holiness, after his own image. [2]

The Westminster Larger Catechism states that God “formed the body of the man of the dust of the ground, and the woman of the rib of the man” and then clarifies that God

made them after his own image, in knowledge, righteousness and holiness, having the law of God written in their hearts and power to fulfill it, with dominion over the creatures; yet subject to fall. [3]

But that was then. That was before the Fall. What about now? Do human beings still bear the image of God? If some crazy person spray-painted a big smiley face over Da Vinci’s Mona Lisa, it would vandalize the painting but not remove all appearance of Da Vinci’s brilliance. It is similar with God’s image in man. Sin has vandalized the image of God in human beings. It has corrupted, twisted, and disfigured God’s image, but His image is still present. In Genesis 9:6, God said to Noah and his sons, “Whoever sheds the blood of man, by man shall his blood be shed, for God made man in his own image.” Putting aside the head covering debate, 1 Corinthians 11:7 says that man “is the image and glory of God.” James 3:9 rebukes Christians for how they use their tongues and states, “With it we bless our Lord and Father, and with it we curse people who are made in the likeness of God.” All these verses imply that sinful human beings still bear the image of God. But because sin corrupts the soul of man, the image of God is disfigured in man. It is not what it once was.

But here is where the gospel offers you and me so much hope and comfort. God takes sinners like you and me, and by his work of redemption and sanctification, He restores His image in us. God is working in us by His Spirit to reverse the effects of the Fall and to restore knowledge, righteousness, and holiness. Westminster Shorter Catechism 35 asks, “What is sanctification?” It answers:

Sanctification is the work of God’s free grace, by which we are renewed in the whole man after the image of God, and are enabled more and more to die to sin and live to righteousness. [4]

God is carefully working to restore His image in His chosen people. He is mortifying sin in us and vivifying knowledge, righteousness, and holiness. He is truly conforming us to the image of Christ who is the perfect image of the invisible God. Our heavenly Father loves us so much that He has not left us in our disfigurement but is graciously and powerfully restoring His image in us that we would become just like Jesus. Ephesians 4:24 says that our “new self” is “created after the likeness of God in true righteousness and holiness.”

Even the worst of sinners, the most vile of men, still bears the image of God. But it is a greatly vandalized image that must be restored. The good news of the gospel is that, through the shed blood of the crucified and risen Lord Jesus Christ and His Holy Spirit, God restores His image in sinners, in His chosen people; He restores in them true knowledge, righteousness, and holiness that they may rightly know Him, heartily love Him, and live with Him in blessedness to praise and glorify Him forever. He has begun this work in you and me in this life, but dear saint, He has promised to complete His work (Phil 1:6). The image of God will be completely restored to you, and you will be conformed to the image of Christ for the glory of God. 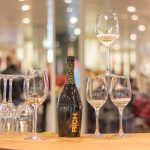 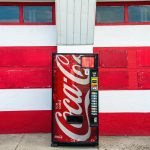 Five Essential Gifts to Give Your Kids: Series Introduction